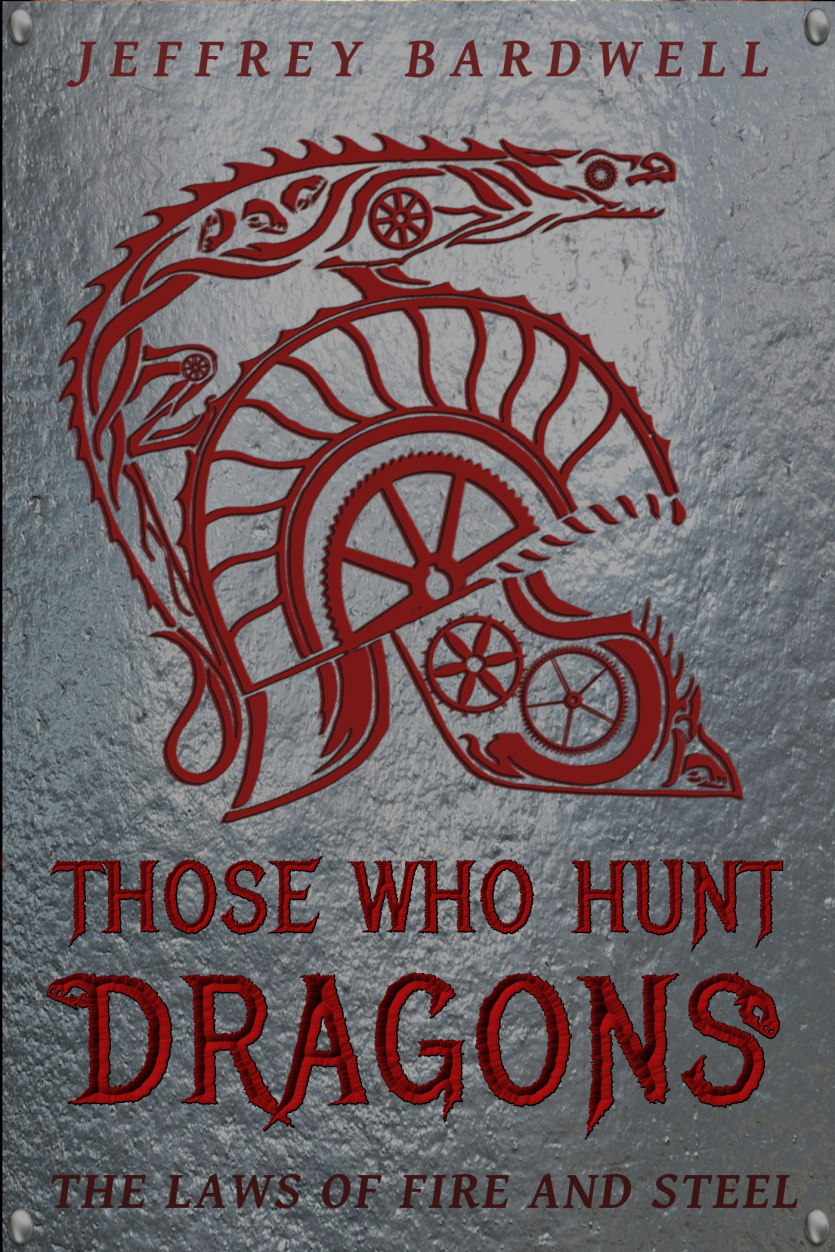 Book 1: Those Who Hunt Dragons

Dragon flame will melt your armor. Shame burns even hotter.

Private Argot finds himself in a doomed unit of the imperial army. His mechanical armor is a broken wreck and so is he. Yet every day he and his mates survive is another little victory. They are the final defense in a world of blood and ashes. They are the soldiers who kill monsters instead of men. They are Those Who Hunt Dragons.

Follow Argot as he climbs the ranks of the most thankless regiment in the army one greasy rung at a time. Grab your spear and join the dark fantasy steampunk adventure, the first novella in the Laws of Fire and Steel series. The dragons are waiting.

Destiny in one hand. Doom in the other. Which will destroy him first?

Artificers are the gilded princes of the Iron Empire. Mages are violent criminal outcasts. Devin competes to become the best artificer in the empire . . . but he's secretly a mage.

Devin, a young skilled apprentice, dreams of becoming the master of his craft if he can only resist the sinuous allure of magic. His secret grows heavier as he claws his way to the top of his competitive, cutthroat guild. Friends and rivals start taking notice when Devin glorifies in the persona of the dragon and builds mechanical armor to match. He's also started hearing voices in his head: the stout words of the being he calls 'the artificer' and the sly, oily voice of 'the mage.' How long can Devin be satisfied with fake dragon armor when the promise of true arcane power whispers in his ear?

Embark on Devin's dark, epic journey in Book One of The Artifice Mage Saga. Join the fantasy steampunk brawl of metal vs. magic where sorcery is bloody, science is greasy, and nobody's hands are clean. 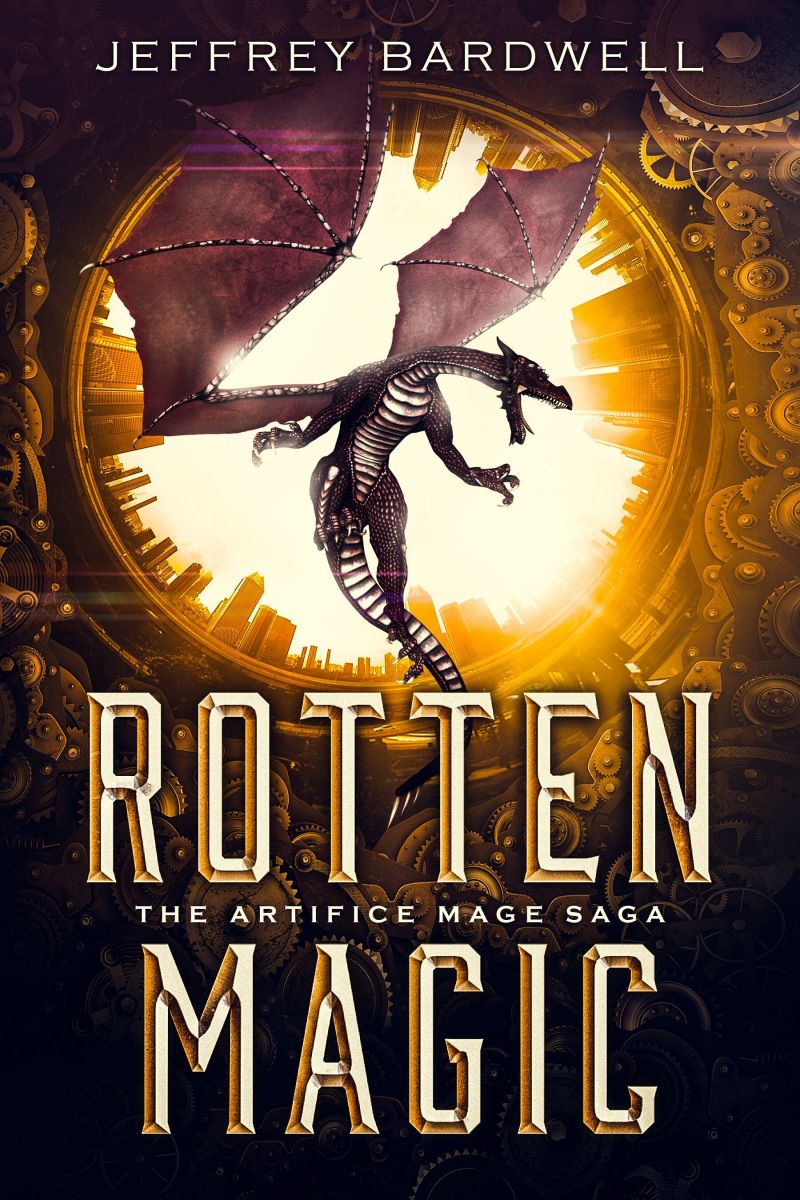 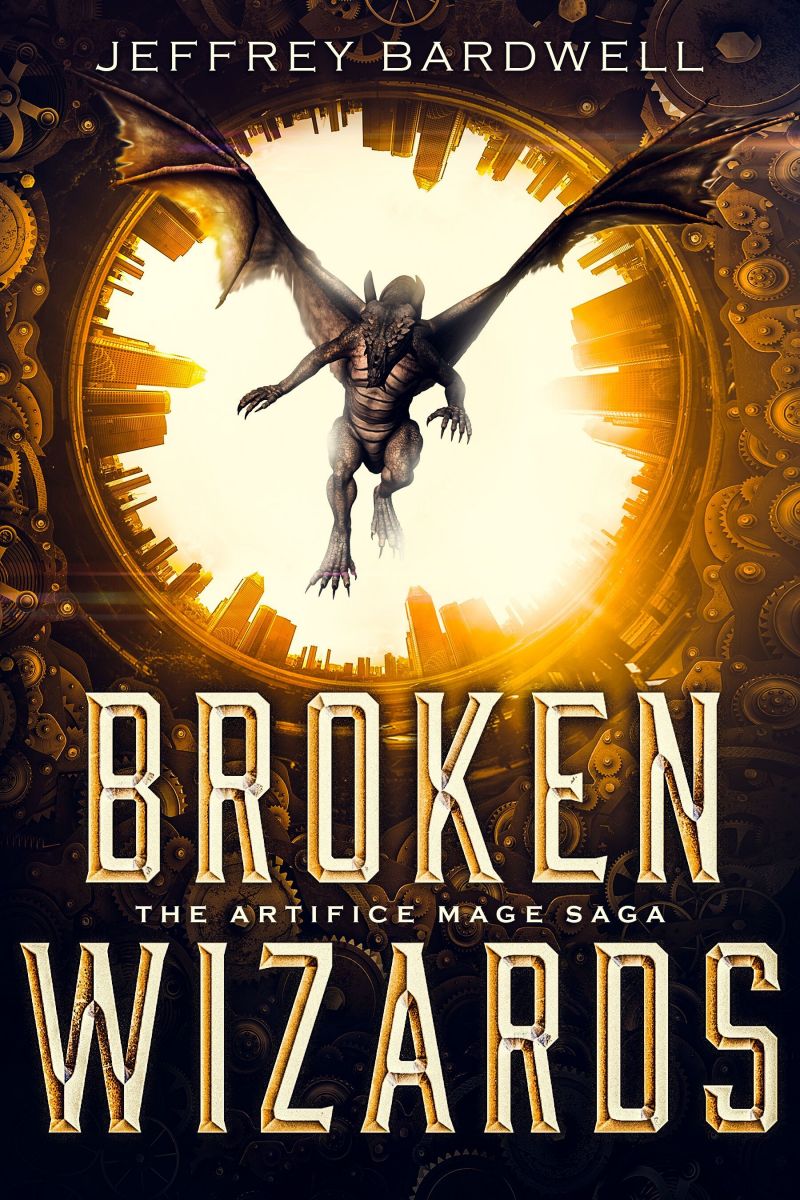 Time's up for mages. The wizard purge is in full swing. How will he survive?

Sorcery is illegal in the modern, steam-powered Iron Empire. The Magistrate's Black Guards hunt the uncivilized mages using mechanized armor and mysterious, clockwork weapons. The guards deliver their prisoners to the Butcher, Captain Vice. All wizards are tortured and executed as traitors to the state . . . with one exception.

That exception is Devin, an outbreak mage and ex artificer, a prince of machinery. The Magistrate exiles the youth over Vice's protests to the wild kingdom of wizards and dragons. Devin only knows gears and springs, but his savage magic offers salvation, if he can tame it. The exile must learn to harness his dangerous, new powers before the Butcher tracks him down to finish the job.

Follow Devin's continuing quest in Book Two of The Artifice Mage Saga. Join the fantasy steampunk brawl of metal vs. magic where sorcery is bloody, science is greasy, and nobody's hands are clean. 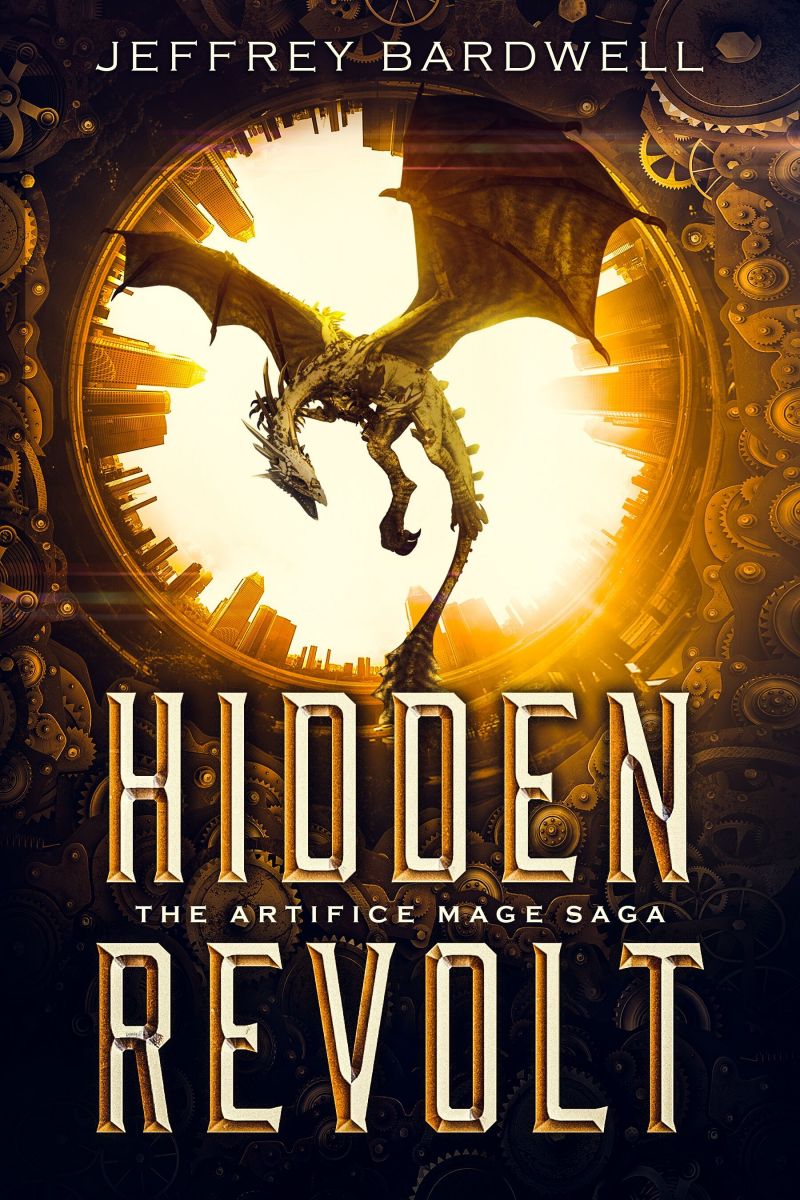 The people are tinder waiting to spark. His homeland smolders on the edge of chaos. Can he ignite a revolution?

The Iron Empire is soft, rotten, and ripe for change. The guilds are repressive. The price of dragon products is soaring. The mage menace spreads unchecked. Resentment builds. One day, a young hero clanks into the capital with a metal foot . . . swearing he'll kick the imperial palace to rubble.

Devin, more artifice than mage with his mechanical limb, returns to the empire, his nemesis Captain Vice in hot pursuit. The firebrand mage stirs the passions of imperial citizens under the guise of dragon conservation. We are all like slabs of dragon flesh: once powerful and mighty, but the empire bleeds us until nothing remains but bones and ruptured organs. The message resonates. A rebellion is born in secrecy and treachery. Beneath their cloaks of lies and shifting alliances, mages, gentry, and commoners alike reach for the mantle of the butchered dragon while Captain Vice's steel fist slowly closes around them.

Rise up and smash the state in Book Three of The Artifice Mage Saga. Join the fantasy steampunk brawl of metal vs. magic where sorcery is bloody, science is greasy, and nobody's hands are clean. 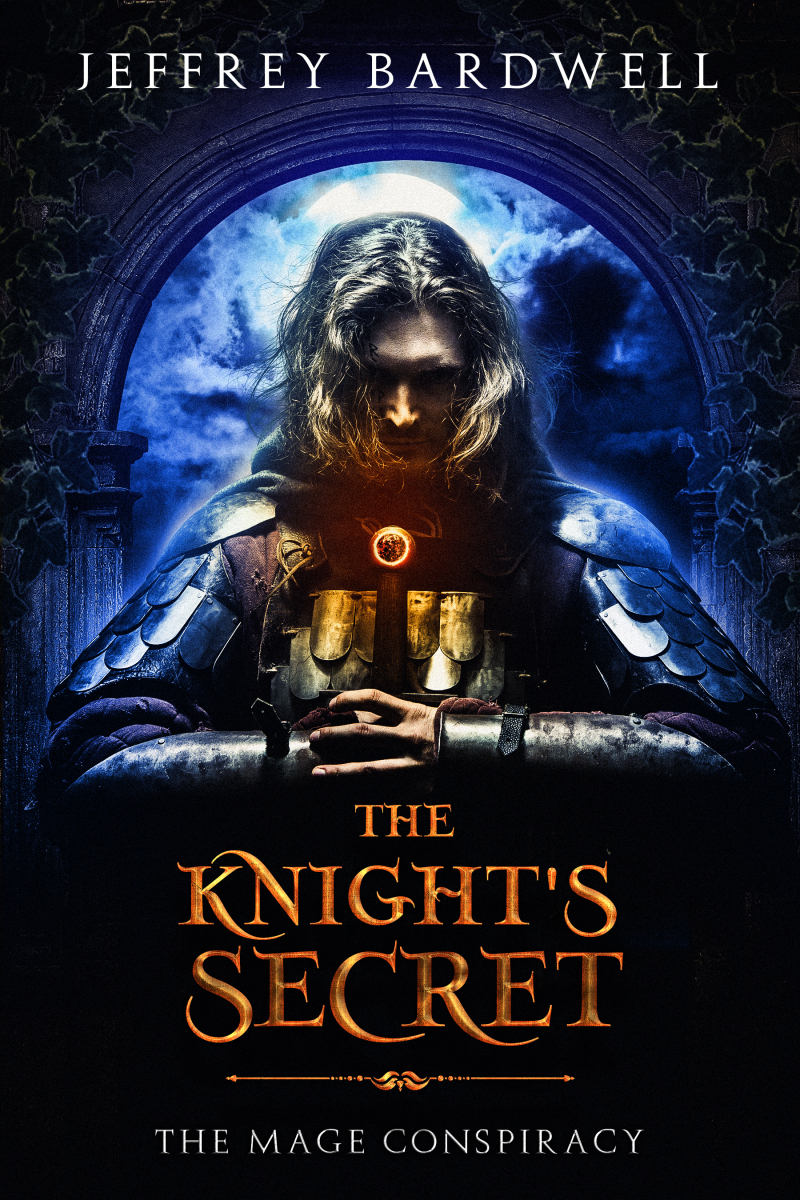 A terrible secret. A vengeful empress. An unstable empire.

Sir Corbin, retired Hero of Jerkum Pass, dies on the eve of an urgent mission. Rumors of evil magic threaten his family. His granddaughter Kelsa dons the old man's armor and wrinkles to investigate the capital. The city is in an uproar. The emperor has been slain by rogue mages. The new empress is livid. Now, every mage is suspect, including Kelsa's mother.

Hidden behind her mother's magic ring, Kelsa infiltrates her grandfather's regiment. The bonds between retired army mages and cavalry have already begun to crack. Kelsa finds herself trapped in a pit of tangled plots and lustful adventures. The disguised hero struggles to wield Corbin's shining legacy while the regiment splinters around her. The deeper she ventures into his shadow, the more tarnish she uncovers. Can Kelsa save anyone before the vengeful empress and Corbin's sordid past expose her?

Unravel The Knight’s Secret, the first epic fantasy intrigue of The Mage Conspiracy series. Discover a dark world where love and lies cut deeper than any sword. 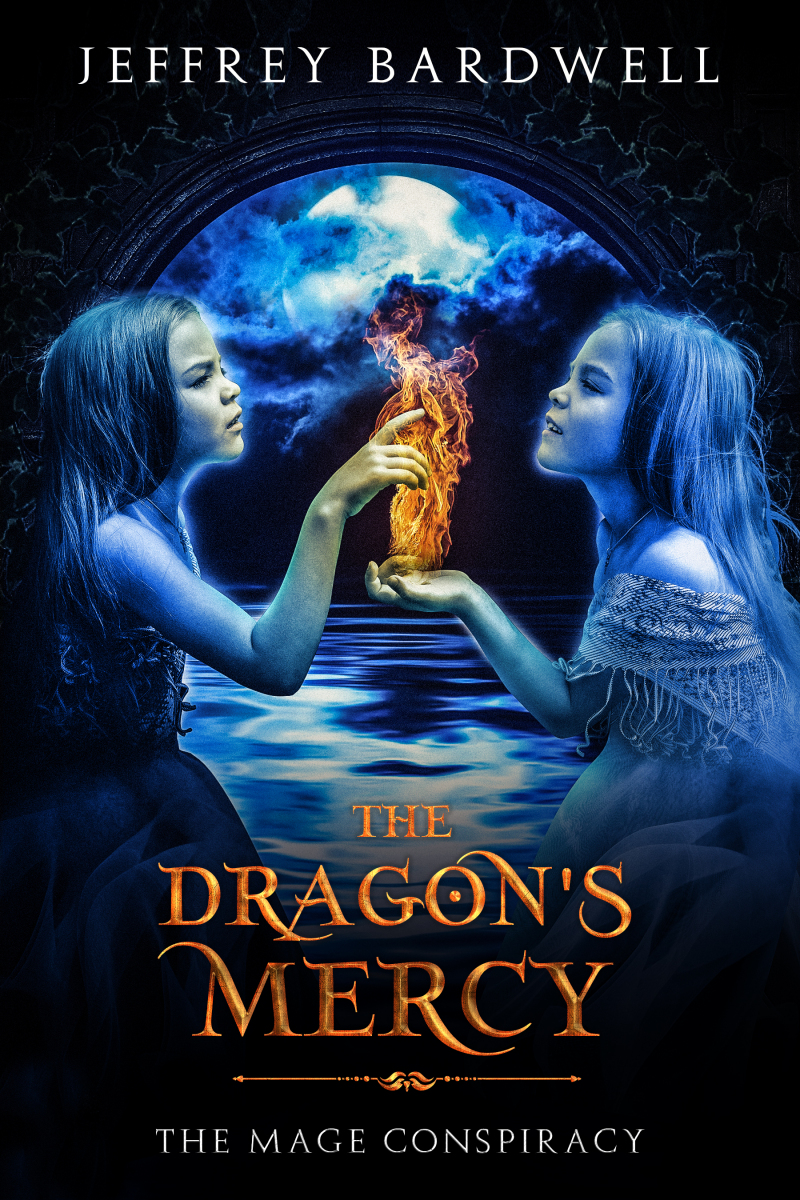 A harrowing escape. A cunning hero. An unlikely alliance.

The Red Dragon Warrior is a tactician without peer. The Blue Dragon Warrior is a mage without equal. Kelsa escapes from the dungeon of the vengeful empress, but how can she dodge an entire city full of enemies? Dare Kelsa tie her fate to the two warriors? The enemy is snapping at her heels. Kelsa must thread a tangled urban maze with nothing but her wits and a dagger.

A path of indecision, torment, and betrayal stretches before her. One wrong step, one false word, will lead to her capture. The Dragon Warriors are quite willing to reveal their secrets: how to lunge into danger, parry overwhelming attacks, and cut her way to freedom, but only if Kelsa surrenders herself as a living puppet.

Venture into the realm of The Dragon's Mercy, the second epic fantasy intrigue in The Mage Conspiracy series. Discover a dark world where love and lies cut deeper than any sword. 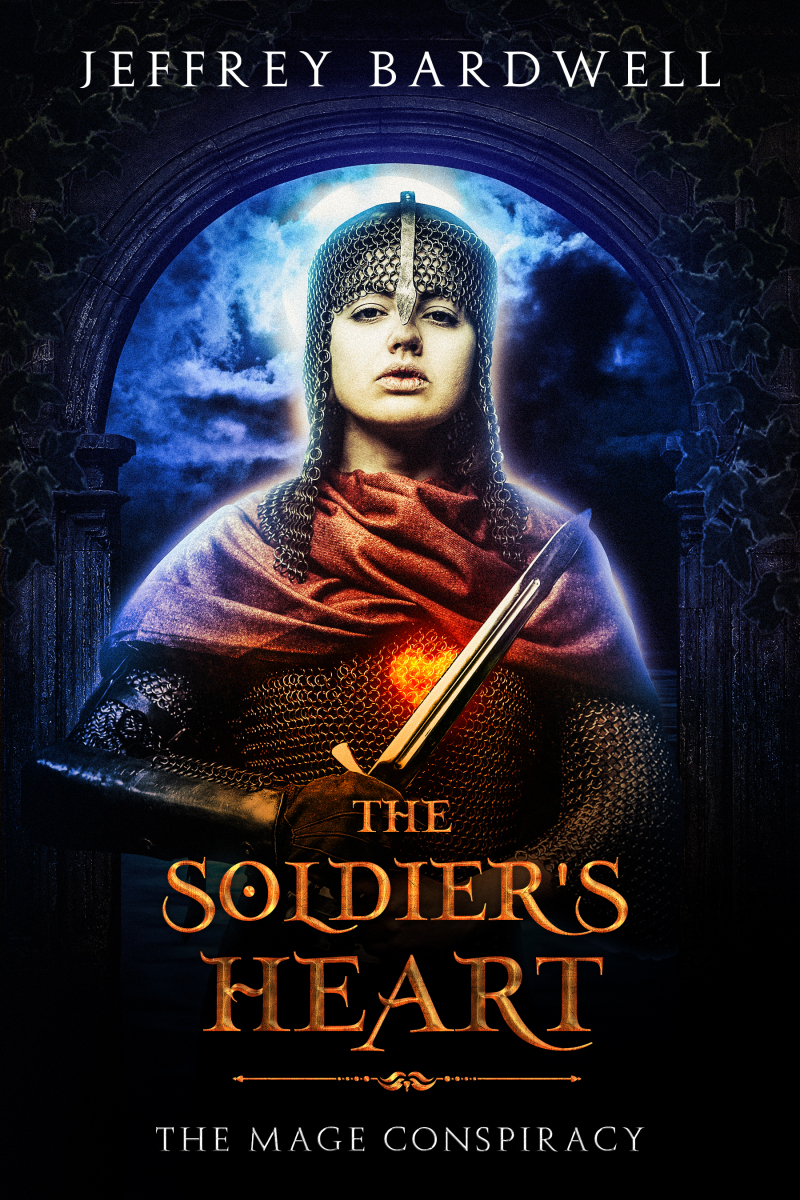 A perilous journey. A dark conscience. An unforgivable sin.

When Black Guards capture the ancient mage Maven and the heroine Kelsa, Maven disguises herself as the once distinguished Sir Corbin, now assumed to be a mage-in-hiding due to the old woman's carelessness. Kelsa, guided by the spirit of a sassy blade mistress, pretends to be a mercenary, but the guards wonder. What ties beyond gold bind her to the traitor knight? The Black Guards gleefully drag their prisoners toward the cruel clutches of the empress so that she might wring the secrets from their bodies.

Kelsa must escape the empress's grasp, desperate to rekindle the mage revolt whose leaders have vanished into the barbarian north. It is a land of dark forests and ice-choked rivers where worth is proven on a dagger's edge and feuding clans are more vicious than any Black Guard. Can Kelsa find and reignite the mages' passion or has the heart of the revolution grown cold?

Grab The Soldier's Heart, the third epic fantasy intrigue of The Mage Conspiracy series. Discover a dark world where love and lies cut deeper than any sword. 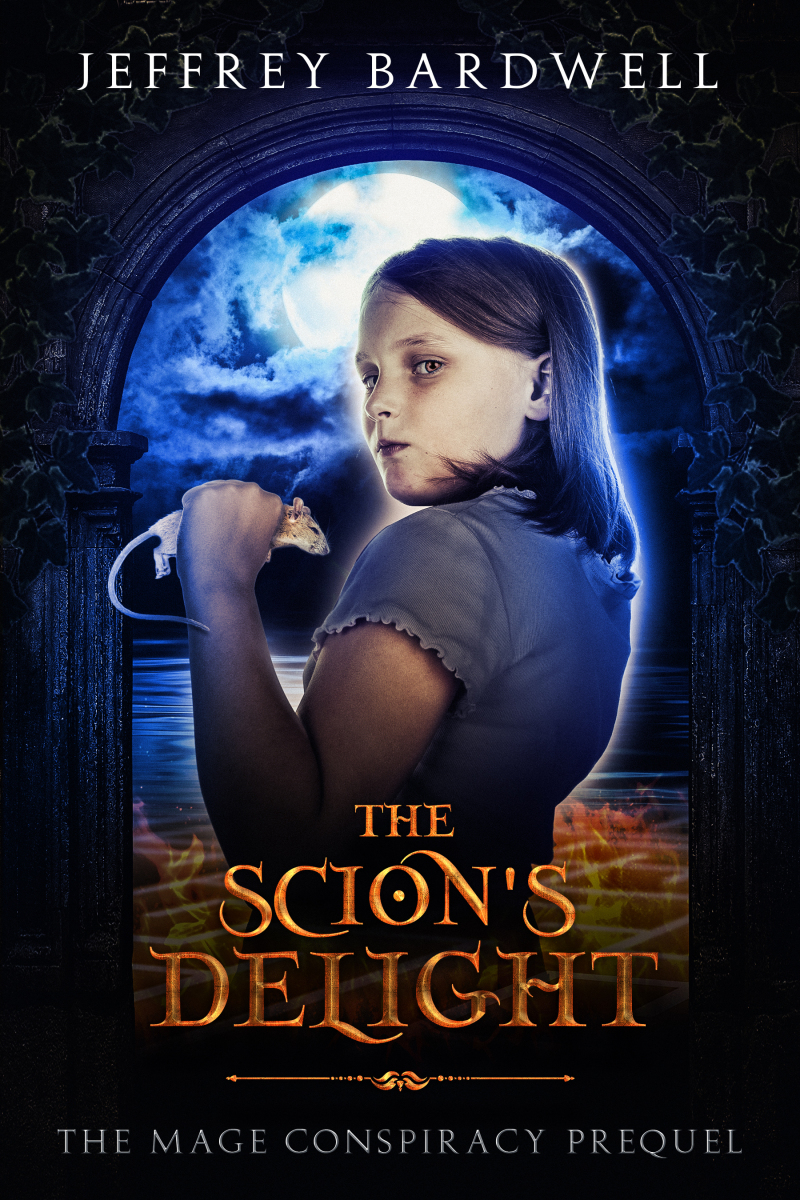 A cunning trap. A whiff of magic. A burst of steam.

Princess Cordelia has steel plate ambition, a mind like twisting brass gears, and the political might of tin foil. The girl aims to ratchet the Iron Empire into a glorious new day of gears and steam. The entire palace is arrayed against her. The chambermaids disdain her. The emperor ignores her. The mages, championed by Lord Oriolanus, lead a brisk campaign of lies and coercion. Those evil magic users threaten to tighten their grip upon the land even though machines are clearly superior. By the gods' oil-stained hands, why can't anyone else see her vision of the ideal future?

Just when Cordelia's future threatens to slip back into medieval quagmire, a lone stranger with ice blue eyes and flowing blond hair arrives from the savage north. The handsome barbarian is destined to make both the hearts of the empire and the princess tremble. Does this spell doom or salvation for the girl's fragile dream?

Explore The Scion's Delight, the epic fantasy intrigue prequel novella of The Mage Conspiracy series. Discover a dark world where love and lies cut deeper than any sword.

The world is divided between those who wield magic and those who fear it.

Series set in the Metal vs. Magic Universe boast a thrilling history filled with epic sagas, interweaving stories, and complex intrigue. But some tales are smaller and more intimate. Explore ten select short stories, each focused on a unique character, the hero of their own mini epic.

These are the moments that slip through the cracks, side characters thrust in the spotlight, quick battles, harrowing quests, dire tragedies, and small triumphs. Anything can happen in the Metal vs. Magic Universe. Intrigue and adventure await if you dare to go looking for them . . . 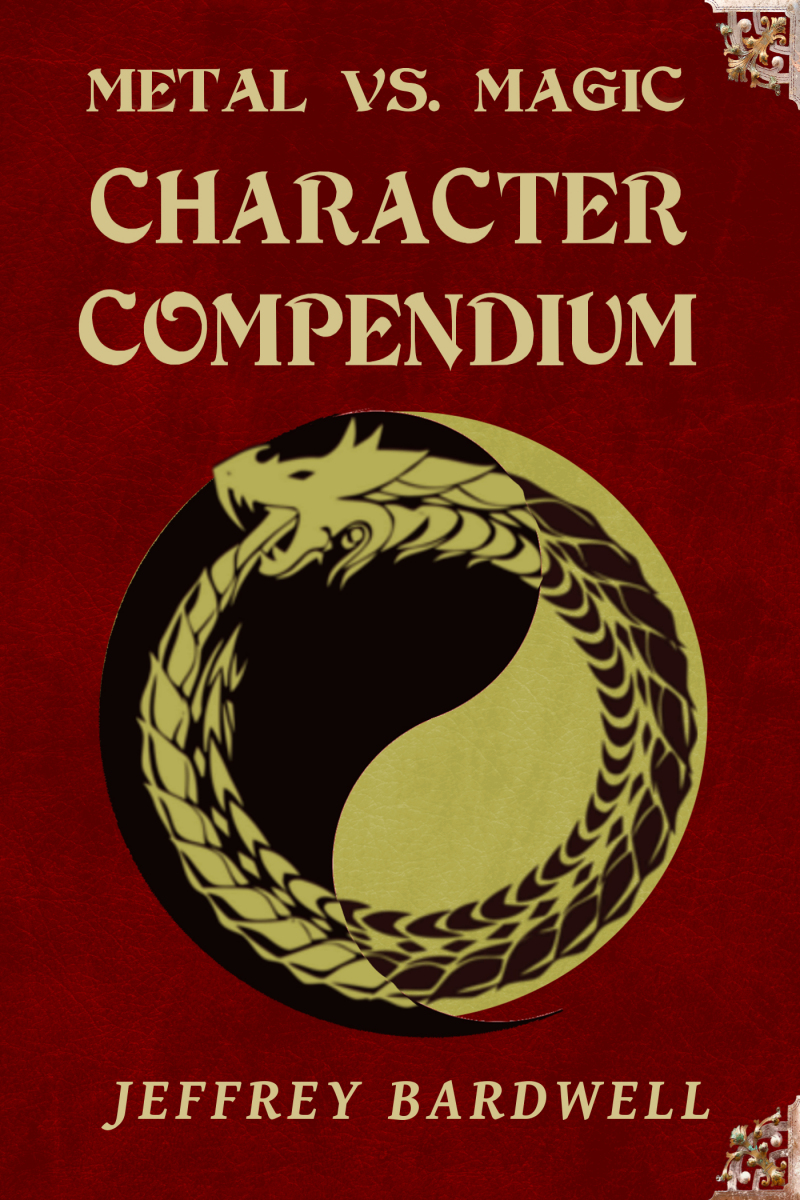 Devin is both a prince of machines in a cutthroat steampunk empire and a mage in a land where magic users are executed. The allure of power, either mechanical or magical, beckons with sinuous whispers. Which destiny will destroy him first?